During lockdown I knew I’d have a lot of time to fill, so on day 1 I downloaded an app called Duolingo. It’s a free language app that helps you with new languages or dusting off languages you might already know a little bit of.

I decided to get back into my Spanish and learn Italian and Korean. I did four years of Spanish at school and it took me no time at all to get back into it, which was a brilliant feeling. I’ve visited Italy just once before but going back (when things are back to normal!) is high on my list. Having a bit of Spanish under my belt really helped when starting out with Italian, as a handful of words are quite similar.

Korean, as you can imagine, has been quite the challenge. After a week or so I found I could recognise a few words and say the odd phrase and the sense of achievement gave me a real boost. Hangul (Korean script) is often described as being the “most perfect phonetic system” as apparently the shape of the letters mimic the shape of your tongue when pronouncing them. So amazing!

I’ve always wanted to do a trip around Asia, specifically to visit South Korea and Japan. I might not make it there for a good while yet (as I definitely need to save up for a trip like that so I can do it right!) but at least that’ll give me time to finesse my Korean skills. Maybe when I’m more confident I’ll throw Japanese into the mix too. I got into Korean pop music recently and I’m really obsessed with BLACKPINK, but now I’ve started to try and learn the language I constantly find myself going down YouTube rabbit holes watching videos about Korean street food and tiny Seoul apartment tours.

While on the travel theme I decided to dig out my travel backpack and add on the patches and badges I’d bought on my travels over the last couple of years and actually get them on there! It was a lovely little afternoon of sewing and my backback is looking nice and full now. Can’t wait to add Canadian patches and badges (hopefully next year) and South Korea and Japan ones at some point in the future. 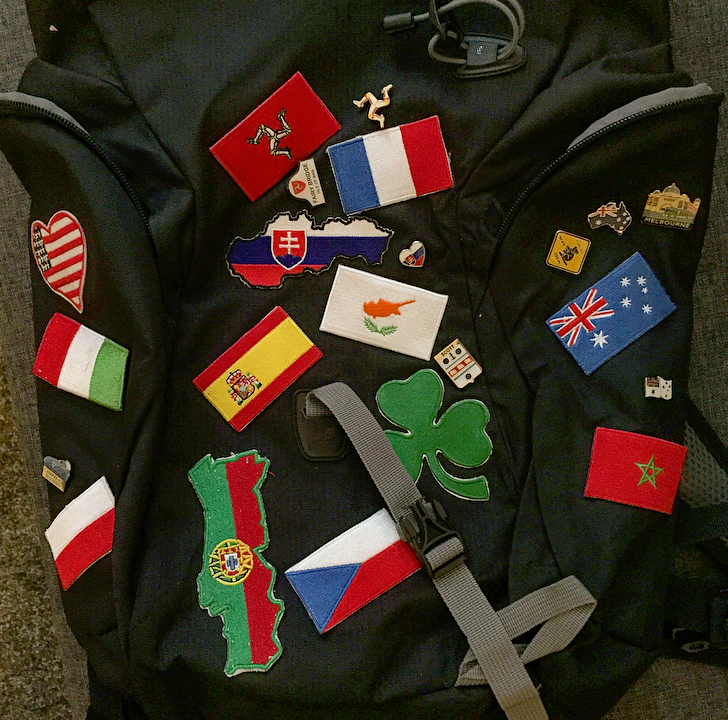